When the boilers at Fairlawns Hotel and Spa in the West Midlands were reaching the end of their lives, heating contractors D&K Heating Services turned to Andrews Water Heaters to supply a new system that would improve efficiency and reduce the hotel’s gas consumption.

Set within the sleepy village of Aldridge, just outside of Walsall, Fairlawns is an independent, family run hotel with over 60 en-suite bedrooms, six conference and meeting rooms, extensive spa facilities and an award-winning restaurant.

For over thirty years, three traditional cast iron boilers with calorifiers supplied hot water for the radiators, baths, showers and basins in 30 of the hotel’s bedrooms. Over the years, the hotel’s director John Pette Jnr found this system increasingly inefficient.

“All three boilers had to be on, even when this wasn’t necessary,” explains John. “However, at times when demand for both hot water and heating was at the highest, such as in the mornings and around food service times, the level of output delivered by the boilers wasn’t enough to fully satisfy requirements.”

The need to replace the boilers gave John the opportunity to overhaul the whole system. Firstly, radiators which were fed from the boilers were replaced with combined air conditioning and heating units. Next, John had to decide on a new hot water system. Not only did he want a reliable solution, but one that would also help reduce gas consumption and maintenance costs. He consulted Martin Gray at D&K Heating Services, a Sutton Coldfield-based heating services company who have worked with the hotel for over ten years.

Knowing that the hotel already had four other Andrews Water Heaters units which were reliably serving the hotel’s conference and spa facilities, Martin did not hesitate in recommending three MAXXflo units to replace the old boilers.

The MAXXflo is an award-winning range of fully condensing, fully modulating stainless steel water heaters. They offer built-in redundancy for outputs of 60kW and above, to ensure an uninterrupted, virtually instant supply of up to 1920 litres per hour of hot water, making them ideal for buildings such as large hotels and leisure facilities.

Martin Gray said: “I recommended the MAXXflos because these heaters have three burners, providing the reassurance that if one of the burners failed, the others would provide temporary back up so that the kitchens and guest rooms would not have to go without hot water.”

The old boilers were replaced with three MAXXflo units from Andrews Water Heaters in Summer 2016. Delivering higher levels of energy efficiency compared to the old boilers, the hotel has seen a significant drop in gas consumption. Furthermore, John’s team has also found it easier in ensuring that the water is safe at the hotel.

Neville Radford, area sales manager at Andrews Water Heaters, explains, “In the old system, water was stored in a large feed tank. This meant that it had to be regularly chlorinated and tested to reduce the risk of Legionella. Because MAXXflo water heaters are direct-fired units, the hotel no longer needs a big water tank, making maintenance easier and reducing the amount of space taken up by water heating equipment.”

John Pette agrees, “Now, all we have to do to sterilise the water is to use the built-in anti-legionella program, and turn the temperature up at a time when there is little or no demand for hot water – normally in the middle of the night. The timings and temperatures are all programmed into the control panel so the process is automatic.”

In addition to making it easier for the team to maintain maximum water hygiene at the hotel, the MAXXflos are also saving time and money when it comes to maintaining other aspects of the system. Previously, additional booster pumps in the building were vital to deliver the hot water to where it was needed. Thanks to the new pressurised system, hot water can reach the guest rooms and kitchen quicker without booster pumps. Their absence also means guests aren’t disturbed by the noise of the pumps.

“I’m very pleased with the new equipment. As a hotel, a reliable hot water supply is critical not only for our guests’ comfort, but also for our day-to-day operations,” John adds. “The Andrews Water Heaters that were already installed are still serving us well, and I am confident that the new MAXXflo units will continue to deliver high levels of energy savings and reliability.” 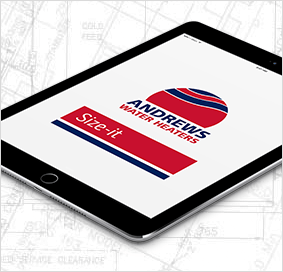 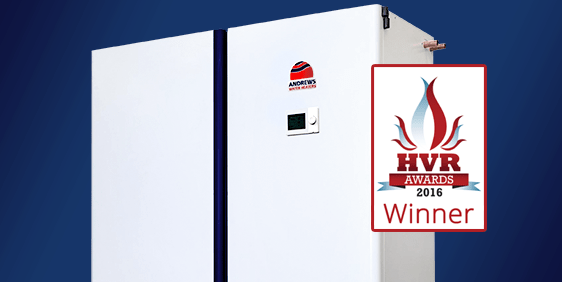 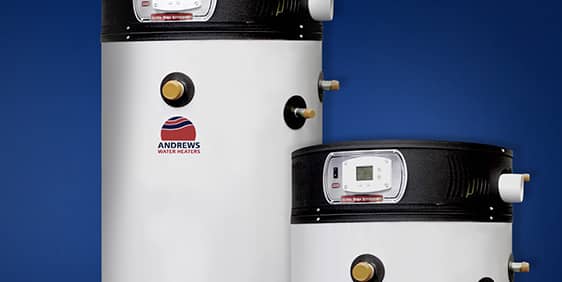